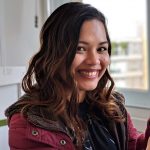 Why did you take up nursing?

Filipinos are intrinsically caring as evidenced by Spanish colonial nursing. Even though people did not have much opportunity to be formally educated, Filipino women provided care for the wounded revolutionaries. During the American colonization, women were given the chance to formal education, and nursing has been a full-pledged profession since then.

The growth of the profession in the Philippines may be attributed to our family-centeredness and caring culture. Health programs expanded, and the demand for nurses increased. By World War II, Filipino nurses were entering the United States by the thousands as demand further increased to aide with the wounded soldiers.

Of all registered healthcare professionals, nurses are among the largest group, even though there are only few nursing jobs available. In modern-day Philippines, only 15-25% of jobs are given to the nursing profession. Although various health care facilities have nurse shortages, employment seems impossible due to the current economical state.

So why did you still take up nursing?

Nursing is bench-marked by Filipino nurses with us branded as “one of the best” and “most caring” people. Philippines is the leader in exporting nurses to meet the demands of various countries – the biggest of which is the United States. We are globally acknowledged as nurses, thus, internationally competent which means that the Filipino nurse flourishes wherever she is planted.

Getting to the United States nowadays means paying a hefty fee for registration, taking up (and passing) mind-boggling examinations, and waiting in a queue for employment (which sometimes takes years!) Because of the abovementioned many nurses are demotivated and stay in their comfort zone. Although getting to your country of destination has been more difficult due to various reasons – it is not impossible.

Some might have started their career as a USRN at 22 years old. Some are already charge nurses in a well-known hospital in the Philippines’ Central Business District. Others are pursuing their post graduate studies. On the other hand, you may decide to start the application, take the NCLEX-RN, and thrive as a nurse in the US.

The universe does not conspire to put you in one place instead of another. As the Greek Philosopher Democritus said, “Everywhere man blames nature and fate, yet his fate is mostly but the echo of his character and passions, his mistakes and weaknesses.” So, what are you waiting for? Go write your own fate.